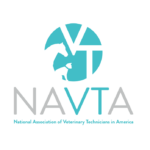 Bridgewater, NJ – May 6, 2022 – The National Association of Veterinary Technicians in America (NAVTA) denounces the decision by the Washington State Veterinary Board of Governors (WSVBG) to support the Cascade Veterinary Clinics proposal to establish a self-serving apprenticeship program as an alternative pathway to licensure as a Veterinary Technician in the state.

NAVTA noted that permitting this apprentice program contradicts Washington’s state law that prohibits the on-the-job (OTJ) pathway to licensure in Washington and serves only the needs of a self-interested entity that clearly held sway over the WSVBG.

“The Washington Veterinary Board of Governors showed complete disregard to uphold its charge to protect the public,” said NAVTA President Ashli Selke, RVT, CVT.  “The proposer’s apprentice program was – and remains – deficient in many critical areas that put animal and public safety in jeopardy. It is a travesty that, apparently, for some political reasons, the Board approved this proposal.”

The critical deficiencies NAVTA pointed out include:

NAVTA suggested that the proposer use the time and money needed to start this new apprenticeship program to instead establish a pathway for their veterinary assistants to attend an established online Veterinary Technician program.  NAVTA noted that this strategy has been successfully employed by many veterinary practices over the years and would prove most beneficial to everyone.

Despite overwhelming evidence and testimony about the negative impacts of this proposal, the Washington State Veterinary Board of Governors voted 4-2 to approve it.   The proposal now goes to Washington’s apprenticeship accrediting body for review and possible implementation.

NAVTA and its allied associations are working together to develop unified strategies in their continued opposition to the program.